SYNOPSIS “In the wooded, sin-soaked hills of West Virginia, a clan of rednecks live off the land and make their own laws. Lies, betrayals, and sex abound in Possum Hollow, and the waters run hot with moonshine. When a man on the edge is forced to taste forbidden fruit, his resolve goes straight to hell in a Mason jar, and he soon has to choose between the woman he loves and the woman who owns him. And either choice will likely end in blood and misery..”

EXCERPT from MERLE by MOXIE DARLING

Amaleen marched her up the porch steps, threw open the screen door, and with a grunt, shoved her inside the house. Cherry stumbled and barely managed to keep from falling. Breathing hard, she cursed and whirled around. It was only her dim hope of a future that kept her from lunging at Amaleen. Cherry not only needed money, but she also needed to leave on good terms. She had no illusions about her relationship with the woman who’d birthed her. If Cherry ever hit her back—if she ever humiliated Amaleen like she so often did Cherry—Amaleen would see to it that Cherry never left. It would be damn hard to build a cabin without any lumber or land.

Instead, Cherry just stood there, trembling. “I hate you.”

Amaleen only smirked and looked over at Merle, who was half-raised from his seat at the cluttered kitchen table as if to intervene. “You’re the man of the house now,” Amaleen told him. “She needs to be taught a lesson. Use your belt if you have to.”

Cherry blinked, for the moment, at a loss for words. Of all the punishments she’d expected, that hadn’t been it.

Merle glanced at Cherry, holding her shocked gaze for a moment before looking back at Amaleen. He sat down once more, picking up his fork. “Ain’t my kid.”

Amaleen turned for the door. “Then act like one.”

A strange sense of panic rose up in Cherry. Dealing with Amaleen’s abuse was one thing. She was used to it. But Merle? Amaleen was a hard old bitch, but Cherry had to imagine that he was harder. Just because she’d thought him decent from afar didn’t mean he would be behind closed doors. If he wanted to, he could put a real hurting on her.

Fork poised at his mouth, Merle spoke without looking up. “I ain’t dealing with your problem.”

Amaleen paused, looking at him over her shoulder. “You’ll do as I say.”

Merle put down his fork and leveled his gaze on Amaleen. They glared at each other for a long, pregnant moment, and the tension was enough to make Cherry hold her breath.

He rose as if to challenge her, chair legs squeaking across the grimy linoleum.

Amaleen held her ground, gray eyes steely. “You don’t want to cross me, boy, and you know it.”

At that moment, he looked very much like he did want to cross her, but he only clenched his jaw and spoke through gritted teeth as he sat back down. “Fine.”

Amaleen’s thin lips twitched at the corners, and Cherry felt sick. It was bad enough that the woman had somehow roped Merle into marrying her—a tragedy in itself—but that she took such satisfaction in bringing him to heel turned Cherry’s stomach. Amaleen loved breaking people. It was what she did.

As she walked out the door, Amaleen called, “When I get back, I expect her ass to be so red she can’t sit down. Don’t think I won’t know if it ain’t been done.”

A new kind of tension settled in the room as the screen shut and her footsteps faded outside. Heart pounding, Cherry looked at Merle. He was staring at her, body tense. Though the hard line of his mouth spoke of his conflict, she could see the resolve in his eyes. Whatever Amaleen held over his head was big. Whether he wanted to or not, he’d do as he was told.

They moved at the same time. Cherry ran for the stairs, heart in her throat, just as he surged up from the table, his boots thunderous as he came after her. She made it to the second step when his iron arm grabbed her around the waist, hauling her back down. She let out a feral scream, bucking like a bee-stung donkey as he dragged her over to the kitchen table and spun her around so that her back was to him.

“Stop . . . fighting . . . me,” he growled in her ear as he bent her over the table. Her palms slapped the top, her breath bursting out of her in a shocked gasp. Plates and glasses rattled and fell off, the table legs squeaking under the commotion. “I don’t like this . . . any more than you,” he added.

His voice was tight with regret, but his hands were steel as they held her in place. As she screamed her outrage, her cheeks burning with embarrassment, she realized Amaleen was killing two birds with one stone. Not only was she using the humiliation as punishment for what Cherry had done tonight, but she was effectively putting Merle in his place. And both of them were helpless to stop it. That didn’t keep her from railing against the idea, though. “Then . . . don’t do it,” she cried, managing to elbow him in the ribs.

Like hell. He might be stronger, but she wasn’t about to meekly get her ass beat like a naughty ten-year-old. “Get your goddamned hands off me!”

With one hand tangled in her hair, holding her firm, he yanked up the hem of her dress with the other, baring her ass.

And froze so abruptly that all Cherry could hear were her own ragged breaths.

His fingers tightened in her hair ever so slightly. His voice was strained. “Why in the hell ain’t you wearing anything under this?”

If she’d ever been more embarrassed in her life, she couldn’t remember it. Heat spread up her neck, and her fingernails dug into the tabletop. She wasn’t wearing any panties because she had none. Any she’d owned had fallen apart long ago, and she wasn’t about to waste money on something so trivial. Not when she needed to save every damned penny. But she didn’t tell him that. Instead, with shame bearing down on her, she whispered, “Just get it over with.”

He hesitated behind her, letting her defeat hang in the air between them for a long moment, and then brought his hand down.

The smack was hard and swift, and she jolted forward, a harsh exhale escaping her. The first smack was followed quickly by a second and then a third. Fourth. Fifth. Sixth. It all happened so fast, it took a minute for her brain to catch up with the sensations. Her legs were jelly. Her heart hammered. She struggled to catch her breath, her bottom lip damp and trembling. And as she blinked back involuntary tears, she realized two things. One, her nipples were inexplicably hard. And two, his hand was still on her ass.

Cherry bit her lip. Hard. His warm, calloused hand felt . . . good. So good, she almost forgot how pissed off she was. Almost. Still, she was abruptly aware that this was not the punishment her mama had intended.

Yet she stayed. She could move. She could whirl around and slap him. Regain her dignity.

Instead, a wild, dangerous thing bloomed in her belly and she spoke between breaths. “That’s . . . what happens when you . . . spank someone.”

He stiffened, and she grew strangely anxious, both hoping he would walk away and praying he wouldn’t.

To her bizarre relief, he hesitantly grazed her inner thigh with his thumb, just barely missing her most tender place. His voice was low and dark. “What are you tellin’ me?”

She found herself on the verge of tears and had no idea why. “I don’t know.”

He let out a breath, and she realized his hand shook. She also realized with each pass of his thumb, he was that much closer to touching her where she knew he shouldn’t. “You’d better figure it out, because I’m about ready to fuck you right here on this table,” he said.

Cherry closed her eyes and bit down on a moan. Oh . . . hell. This man—who’d just spanked her like an unruly child and had married her mama only hours before—had damn near brought her to orgasm with just one blunt sentence. Her soul burned from the unbearable wrongness, yet she wanted more than anything for him to do it. To make her forget, for a little while, the dark cloud that was her life. Because with one smack of his hand on her bare ass, he’d made everything but him disappear.

“Woman,” he warned, his thumb brushing her curls for the first time.

She didn’t answer him—couldn’t. Instead, she just lay there, palms and cheek flat on the tabletop, chest heaving, entirely vulnerable.

“Damn it,” he whispered and slid his thumb down through her folds, groaning at the wetness he found there.

His breath hitched and he circled her slit, dipping in just a little.

“You sure you want this?” he asked, holding her in place by the nape.

As if she would actually deny him. Right then, she knew she’d let him take whatever he wanted. Propriety be damned. “Yes.”

When he slid a finger inside her, they both groaned.

She wanted him to take her away from here, even if only in her mind.

Nudging his knee between her legs, the denim of his jeans rasping her skin, he said, “Wider.”

She did as she was told, widening her stance and rising onto her tiptoes.

He bit down on a grunt and added a second finger, working her so hard her breath escaped in little gasps and her ass jiggled. It was carnal and brutal and so ripe with sin that she thought the Lord might strike her down at any moment and, yet, it was somehow worth the risk.

“Hold on, sweetheart,” he said, his voice shaking as he pulled his fingers out of her and positioned the head of his cock at her tender slit.

Just as he started to push inside, however, the sound of Amaleen’s laughter and someone’s drunken reply sounded outside.

Cherry froze, her heart slamming to a halt. Reality screeched back in like tires squalling on pavement and for a moment, she was too terrified to act. Amaleen had beat her good over far less crimes than this. What had she been thinking?

Merle, however, wasn’t nearly as slow to respond. He stepped away from her, zipping himself up and pulling her dress down in the span of a few breaths. Working his belt with one hand, he helped her up off the table by the arm.

“You okay?” he asked, letting go of her to tug his shirt into place.

Shaking, she tried to catch her breath. She was so disoriented, she didn’t know what world she was in. She only knew she was about to be in a shitload of trouble if she didn’t get it together. “I . . . don’t know.”

If you would like to discover the full published version of Merle, please click on the following links below: 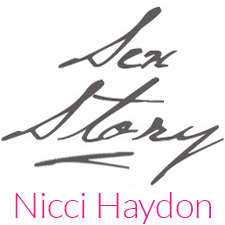 EXCERPT FROM GIRL NEXT DOOR BY NICCI HAYDON 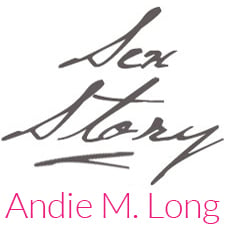 EXCERPT FROM THE ALPHABET GAME BY ANDIE M. LONG 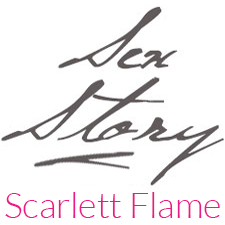 EXCERPT FROM BOUND FOR PASSION BY SCARLETT FLAME 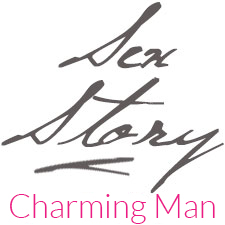 EXCERPT FROM THE HITCHER BY CHARMING MAN