I was pulling together a few select images for a review request earlier this week and thought a few images from LIFT KISS would meet their needs perfectly. When scrolling through the shoot footage of another sexy working day of mine, I stumbled over these pictures that made me smile and just had to share them with you all. Don’t you just love the fact that Lucy is such a practical girl, even a sexy little minx as she is, had to ensure she brought her woolly slippers with her! Good choice too, as we had quite a bit of hanging around in order to get the lighting just right. And we girls all know how important it is to have warm toes when it comes to enjoying some passionate sex!!

Mentioning woolly slippers I might also let you into a little secret that occurred during the filming. For those of you that have watched the film and read the story you will know that the opening scene is of a lift door opening and revealing the passion unraveling within a lift. Now due to the freezing temperature that evening this wasn’t the best of plans considering I was asking Lucy to semi strip in what was a very cold corridor! So there she was locked in their passionate embrace in her evening dress with thick socks and bright red slippers while we captured the moment on film.

But filming can create some very interesting scenarios too.  Infact this very film Lift Kiss could have become a very naughty and surprising little sexy moment for someone else altogether as well.  Someone calling for a lift and instead of finding it empty .. our hot lovers embroiled in a very steamy session together. 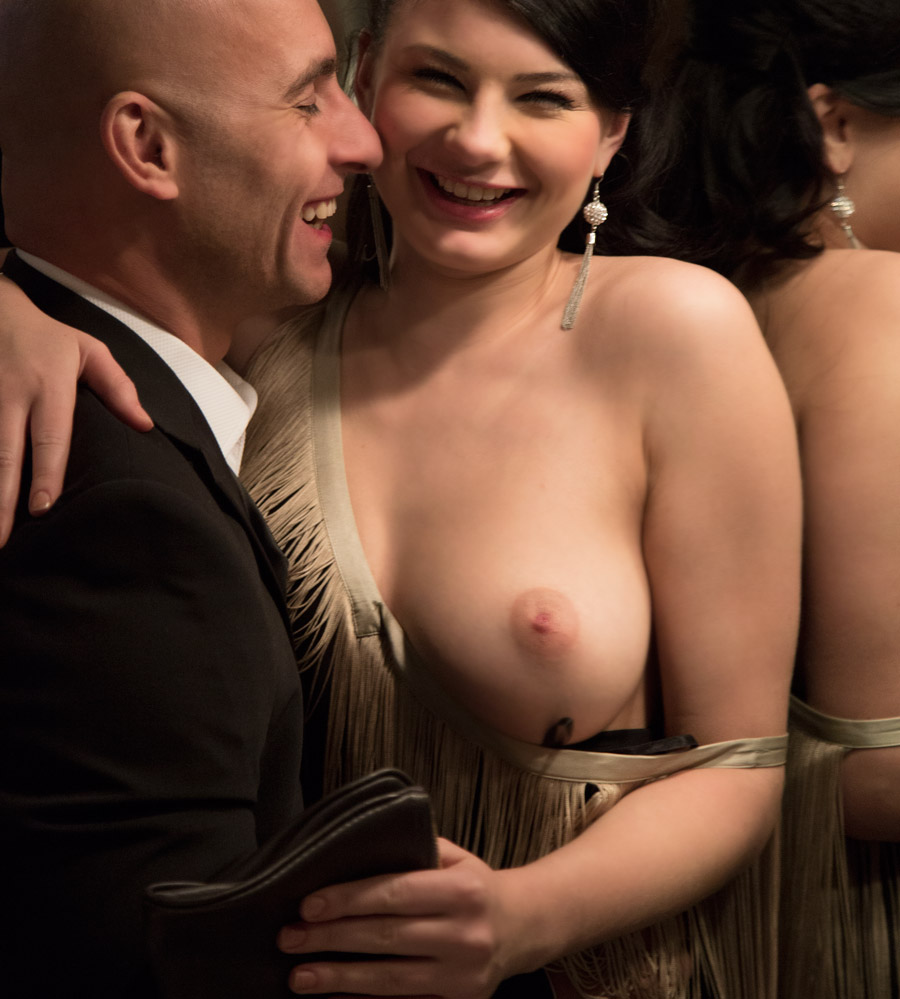 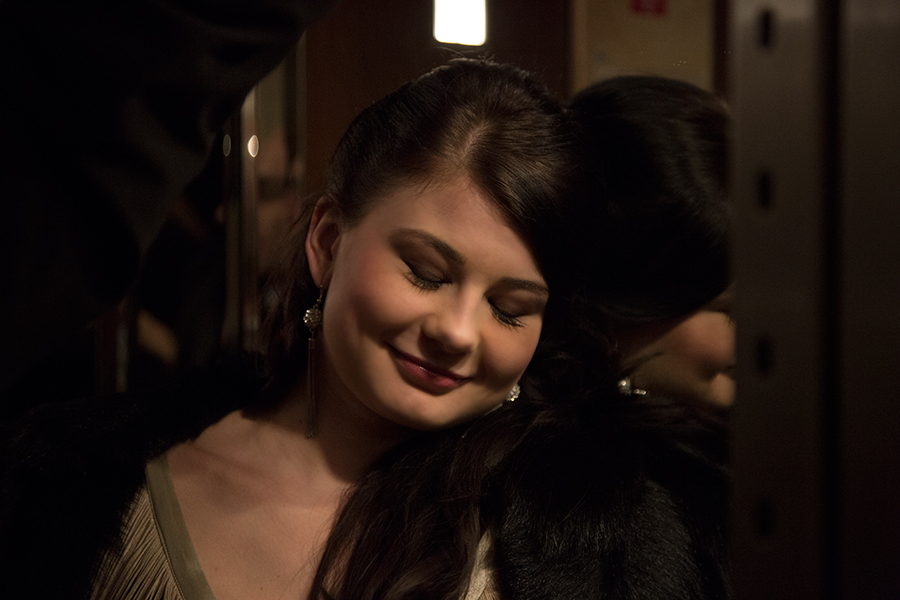 On the last take I asked Lucy to loose all her dress so when the lift door opened we would see her wearing only her skimpy lingerie…GOOD directing plan I thought! So all was agreed and ACTION was called, the doors of the lift shut. As previously with our other takes we all waited for the 15 seconds for the doors to re open and reveal our gorgeous naked Lucy hooked in a passionate embrace. However the doors didn’t re open as planned and with a moment of horrendous realisation we spotted the lift was actually moving to another floor! There in front of us we watched the red light above the door change from 4 to 5 to 6 to 7… Now I should point out that this was a VERY smooth lift carrying a couple that were seriously into each other with clothing that was slipping off as every moment passed, so the chances they would realise the lift would not open on our floor was slim.

Thankfully, while we waited just watching the lift change floor, they did realise and maintained their glamorous look while redirecting the lift back to our floor FEWWW. When the doors eventually re opened on the 4th we were greeted by Mr Delancy, Lucy and a lovely elderly couple heading out for the night.

The entire crew spontaniously burst into laughter as the lift doors closed and our new cast members departed on their way to the shops oblivious to what nearly happened… or what they could have been involved in… my naughty sexy film!

Still its just another sexy working day, no two are ever the same!

Thank you all for your continued support, as we speak I have some fantastic very sexy films in post production, one of my favourites is getting published soon that I know you will adore. 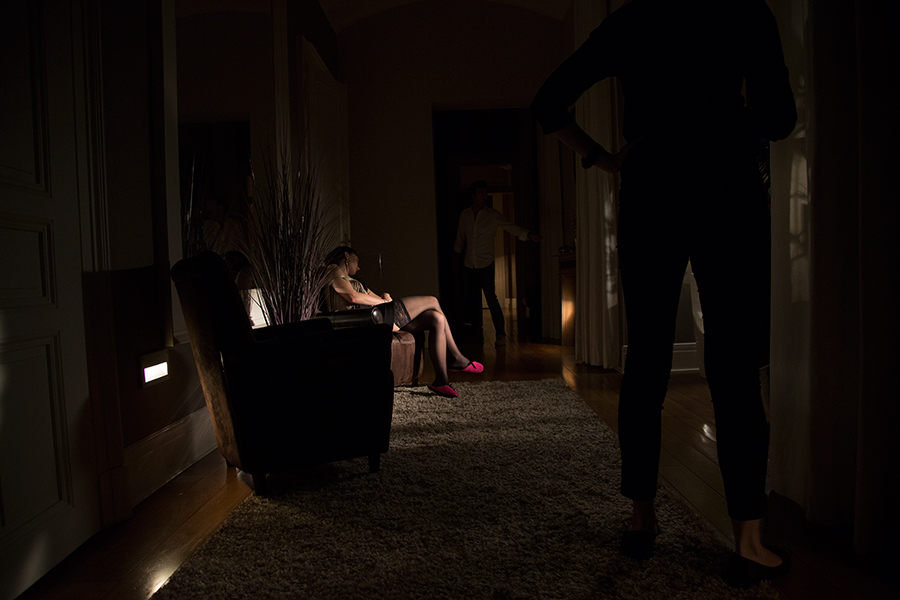 Lucy keeping her feet warm while taking a rest before the shoot starts…it was getting late! 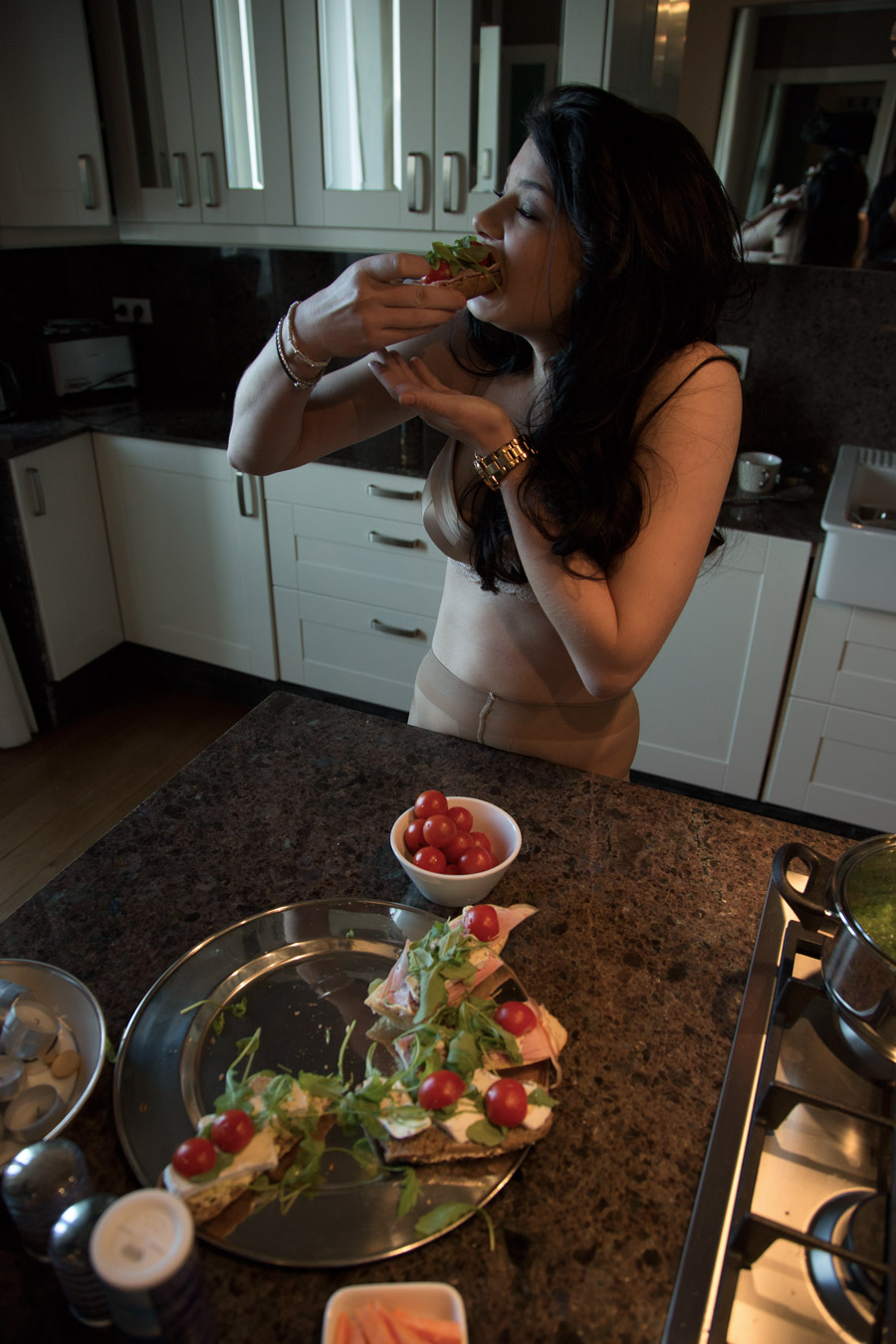 Time to grab a bite while the boys fiddle with the lighting. 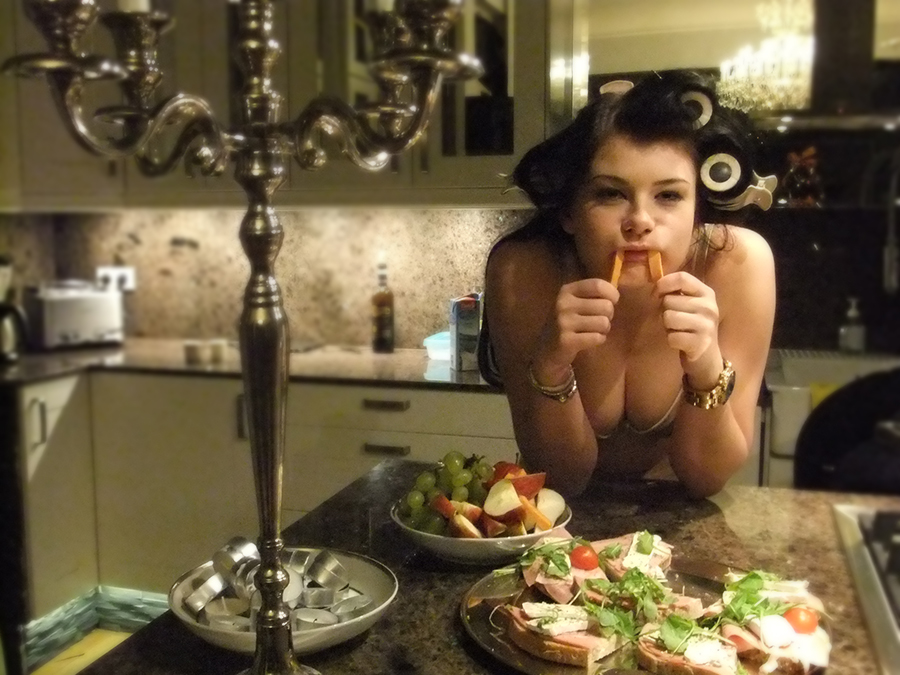 Ummm think it’s time to get on with some filming. 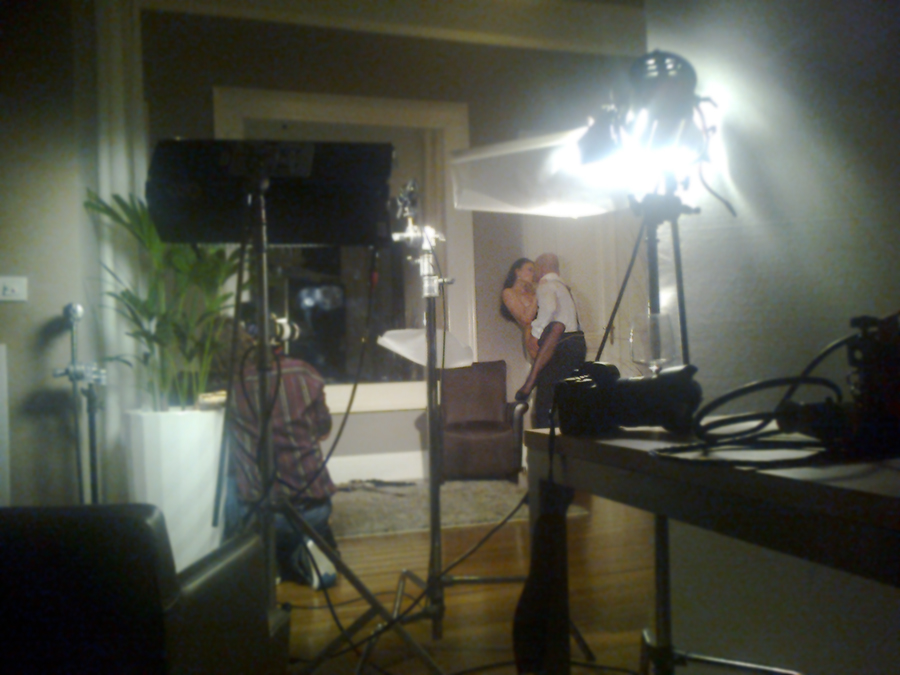 And we’re off…having moved on from the lift moment…!! 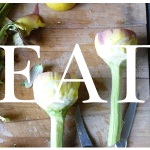 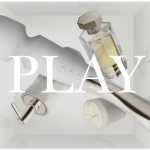 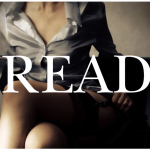 READ Nº1 – From my fabulous followers…