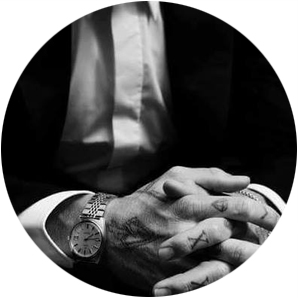 I was born in the North East of England where I now reside after serving in the British Army for 23 years. The forces was, and still is a big part of my life, and shaped the person I am today. I live by the same values that I hold as dear now as I did then. After leaving the army I started a career in IT where I work today for an American owned company. I am not your typical IT Geek, as those of you who know me may have gathered.

I have a dark twisted sense of humour and do not take myself too seriously. I am fiercely loyal to those that I trust. It is this trust that is a big thing for me and once I can trust someone I may even let them into the person behind the façade.

I began writing in 2015, it was a semi-biographical trilogy based on the life of a British soldier under another name. It was during my writing of the final book in this trilogy I came across an erotic writer. We became friends and she suggested we co-write a book together. I was sceptical at first as I didn’t think it was the sort of thing I could write. After completing that first book, I found that I actually enjoyed the experience. This led me on to writing another two novellas with a military theme, as this was an easy subject for me. They were as most of my books are, based on myself in some shape or form. I find to draw on experience’s is the best way for a writer to get the story across more convincingly.

It wasn’t long before I wanted to move away from the military theme and investigate something that has always been an interest for me. I love watching and evaluating people, including myself. This comes from my studies with the Open University and how humans interact with one another. We all have things hidden deep within ourselves, and I am a prime example of that. However, it helped me to write a first standalone novel “Alters” which is a psychological story with a twist. The following novels of “Male Escort”, “Salvation” and Hemispheres each had their own element of human behaviour and I enjoyed them immensely. I am currently writing another one and hope to release it at the end of this month.

When I was young I enjoyed reading Shakespeare, and the English language became a passion. I also loved Stephen King and James Herbert. I guess my father was my mentor, as he gave me the passion for storytelling.

I would love to write as a career, but as you probably know, it is difficult as an Indie author. I work full time at the moment, and I don’t see that changing any time soon.